Vince Muscat has his own vision for the small, somewhat tired parade of shops just off Old Kent Road that’s home to his 100 year old butchers business.

He wants to turn it into a bustling ‘micro village’.

Vince would like the street to encompass a more traditional mix of shops that could serve the local community better, including new restaurants and bars. He thinks that his own vision of a new ‘Peckham Park paradise’ would sit nicely alongside the wider regeneration plans for Old Kent Road.

The small shop that he runs with his older brothers, Christopher and Mark, is dominated by a glass counter displaying various cuts of prime meat, while towers of eggs line the wall behind. Dressed in his traditional butcher’s uniform of white coat and blue pinstriped apron, Vince explains “I’d like to create a village, a little hub” adding “I’d like to see a barber shop on the parade and a greengrocer and a fishmonger.”

Speaking just as the last of the Government’s coronavirus lockdown measures are lifted, Vince reflects on how the pandemic brought out a sense of community among his customers. While non-essential shops endured a three-month closure, food outlets, like Bunting’s, were allowed to continue trading. It was a period during which many of these smaller, neighbourhood shops really came into their own.

“During lockdown so many customers were thankful we were open” says Vince. “They said that, without us, they would have had no choice but to join the queues at the big supermarkets.”

“We felt like we were doing things for the entire community. We have had customers come in who talked to us like we were agony aunts – they just wanted to speak to someone. You feel part of them – one of them – you’ve seen them grow-up and you probably remember their father who may have died 20 years ago.”

W Bunting has traded on Peckham Park Road for more than a century. The business changed hands for the first time when the Muscat family bought it in 1974. It was purchased by Vince’s Maltese-born grandfather, father and uncle who had come to Britain in the early 60s.

“My dad was quite young and he was motivated enough to buy a business and work hard to make it successful. He bought it first with his brother and father and we all lived around the area because of the shop.”

Vince admits butchery wasn’t his first calling. “I’ll be honest, no, being a butcher wasn’t a natural choice at all. I didn’t want to do it but dad wanted us to learn a skill that no one can take away from you, so we all did it. Also, we didn’t want to let the shop go, because it was a good business. So we three brothers then pushed forward.”

Having been such a prominent part of the area’s past and present, Vince is determined that W Bunting will also play a significant part in the regeneration of Old Kent Road.

The butchers shop is, as Vince puts it, “right in the thick of things.” It’s located close to some of the bigger developments that are set to transform the neighbourhood, including both the Ruby Triangle scheme (just across the road) and the Cantium retail park site, a few hundred yards away.

“During the building works, I think we are going to have a lot less people in the area due to all the traffic. That’s inevitable during construction work” says Vince, but nonetheless he welcomes the redevelopment.

“At present, the area isn’t desirable for the right types of businesses. The Old Kent Road currently lacks business diversity. For larger businesses it’s working well but for smaller businesses it’s terrible because, over all, it has no parking, unless you’re going to the big shops. The regeneration is putting a spotlight on the whole area and highlighting the need for change.”

“We do hope to see an influx of new customers because I think people will go the extra mile to find what they really want and to find the right service.”

As for the future of his own shop, Vince has plans to expand next door. “We own the premises. It’s currently our office, but we want to extend the shop and make it larger. Those plans are still on the cards, but it’s a case of when it’s going to be viable and when it’s going to be worth it.”

One thing that Vince isn’t keen to change, however, is the local sense of community – hence his vision for a ‘village’ around Bunting’s.

“I hope the core of the redevelopment goes into supporting the community, to the people that actually live here. Build it for the existing locals as well as the people we will welcome in” he says.

“We’ve been here for 44 years, three generations of my family. It’s not been easy (not that any business is easy) but, with all the redevelopment, I hope they don’t forget about the little guys.” 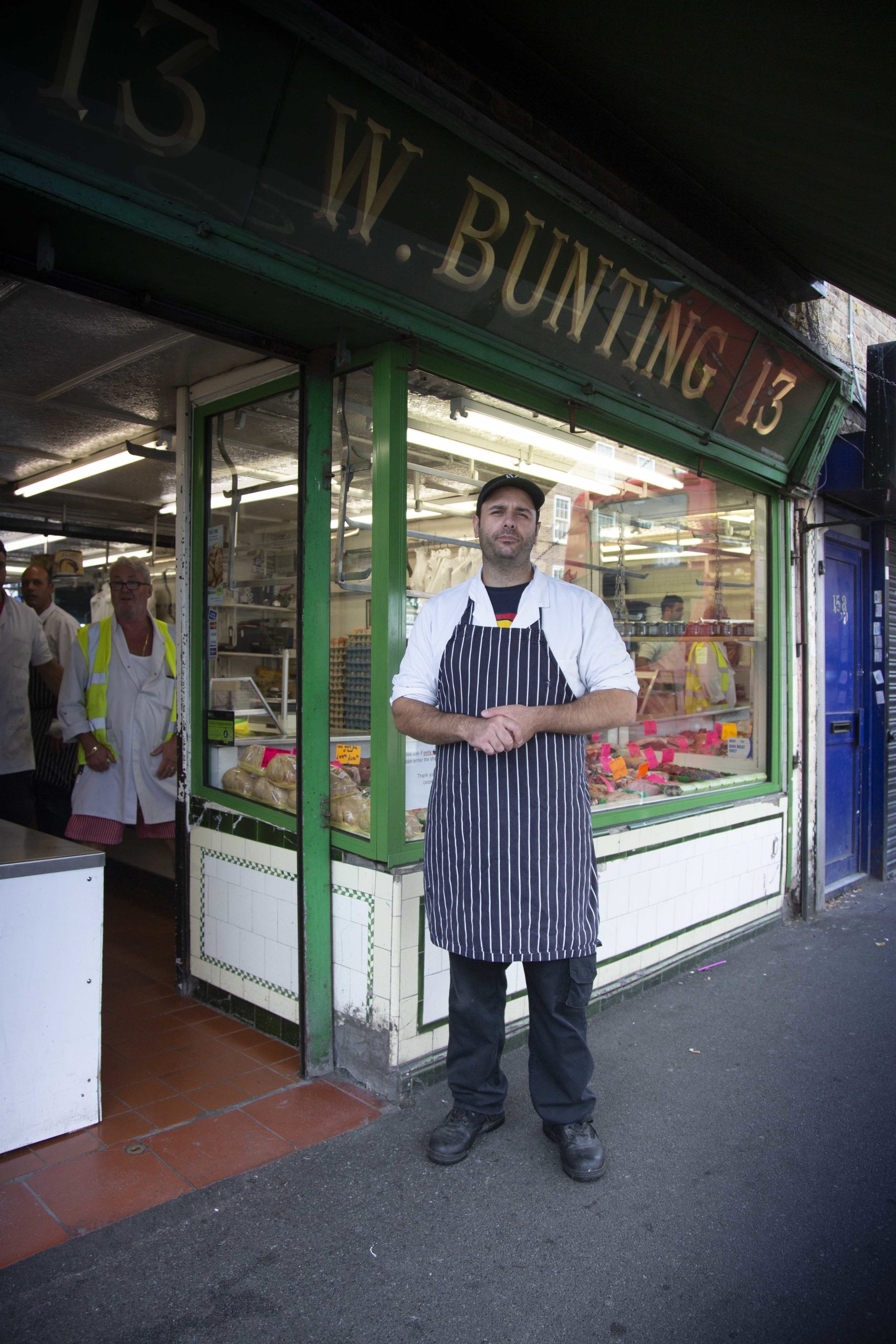 Vince Muscat: “The regeneration is putting a spotlight on the whole area and highlighting the need for change.”
About Us
Our Vision