It’s the pulsating sound of Latin music that first hits the senses when entering Jenecheru, soon followed by the delicious scent of Bolivian cooking.

The walls of this elongated, 35-seat restaurant are decorated with palm trees, gently swaying on sunny beaches and at the back, just down a couple of steps, is where you’ll find the chef, Edela Quenta cooking in her kitchen.

Although renowned for her salteñas, filled with a sweet stew of chicken, eggs and olives, as well as her peanut soup, Edela isn’t really one for the spotlight. She prefers to let her two sons do the talking. So Diego and Gabriel are the public faces of this Old Kent Road  business, whose name, Jenecheru, roughly translates as ‘the fire that never ends.’

In just three years, Edela and her sons have established their restaurant as a focal point for London’s Bolivian community.

The family arrived in Britain from La Paz, Bolivia in 2002, following the financial crisis that hit the nation’s banks. As Gabriel explains, just after the millennium “everybody was looking for different ways to emigrate somewhere else.” His mother had run a restaurant back home while his father had worked for one of the banks. After considering the US and Spain, the Quentas decided to move to London and settled in Streatham.

“What personifies the UK is that it’s home to so many different cultures” says Gabriel. He sees Old Kent Road as the perfect example – a microcosm of British multi-culturalism. “You can have your hair cut by barbers from the Dominican Republic then get breakfast from one of the Arabic coffee houses and in the evening you can eat a vegan dinner at an Ethiopian restaurant.”

“Jenecheru was originally run by two of our friends” explains Gabriel’s brother, Diego. “We were all supposed to work here together but Gabriel and I decided we weren’t ready for it at that time. Gabriel was still studying and I was doing graphic design. But in 2017 our friends were starting to get tired and we took over.”

While Gabriel still lives at the family home in Streatham, Diego, who is married with a six-year-old son, lives in Old Kent Road. His son, Joshua, goes to nearby Robert Browning school in Walworth.

Diego sees Old Kent Road as definitely being a part of Joshua’s future. “The idea of opening a business is something you do for your family and to have a future” he says. “We originally just wanted to see how the business would go for a year or two but it’s been over three years now and we’re still happy with it.”

Now, with the area on the cusp of major regeneration, the family’s thoughts have turned to expansion.

“Expanding or opening another branch could be part of a five-year-plan. There has to be a goal” says Gabriel. Referring to the planned Bakerloo line extension he adds “The new stations would be a big factor in how stable we’re going to be. If they get built quickly, we might be able to expand upstairs here, or at Elephant and Castle, which has a large Latin American community.”

Community is important to the brothers. When asked if they feel part of the Old Kent Road community, rather than just another local business, they both nod vigorously.

“We’re humbled that lots of locals, from all nationalities, choose to eat here” says Gabriel. He estimates that roughly half of their customers are from the Latin community, a third Bolivian and the remainder a mixture of other locals. “We even get Bolivian people from Manchester, Birmingham and Brighton coming to us” he adds.

They mainly come for the salteñas (stew-filled pouches which resemble a Cornish pasty) and for the sopa de mani, a soup made from boiled, white peanuts and chicken, but whose exact recipe remains a closely guarded secret.

“My mother’s keeping the secret until I don’t know when” laughs Gabriel. “She’s been a chef since I was eight-years-old and she has always done the sopa de mani the same. The flavour has never changed.”

While the brothers are happy for the family recipes to remain constant they’re cautiously optimistic about the changes taking place throughout the area. Gabriel praises Old Kent Road as a haven for independent businesses but Diego would like to see some more big-name retailers in the new developments, too.

Gabriel explains “Old Kent Road is open to influences from different communities, so people can work in their own businesses and they’re not intimidated or priced-out of real estate by the big corporates.” Diego chips in “But a Primark, Marks & Spencer or JD Sports would be great. Just more clothes shops. They would bring more people in. People who would also be dining and having a coffee locally, too.”

But on the subject of coffee, both are adamant that Old Kent Road doesn’t need the big chains. “We have lots of very good coffee places around here and we do very nice coffee ourselves” Gabriel smiles.

And it’s clear that the pride the brothers take in their neighbourhood goes far beyond coffee.

“Everybody has been upgrading their shops lately” says Diego. “Before the coronavirus, everybody was changing and improving their shops. Five or ten years ago, you would come to Old Kent Road and it was all a bit grotty and rough. But now people are thinking in different ways and, with the improvements to come from regeneration, it should get even better.

If we all work together, we’ll see more and more businesses open and our kids – Joshua’s generation – will be the ones who really benefit from that.” 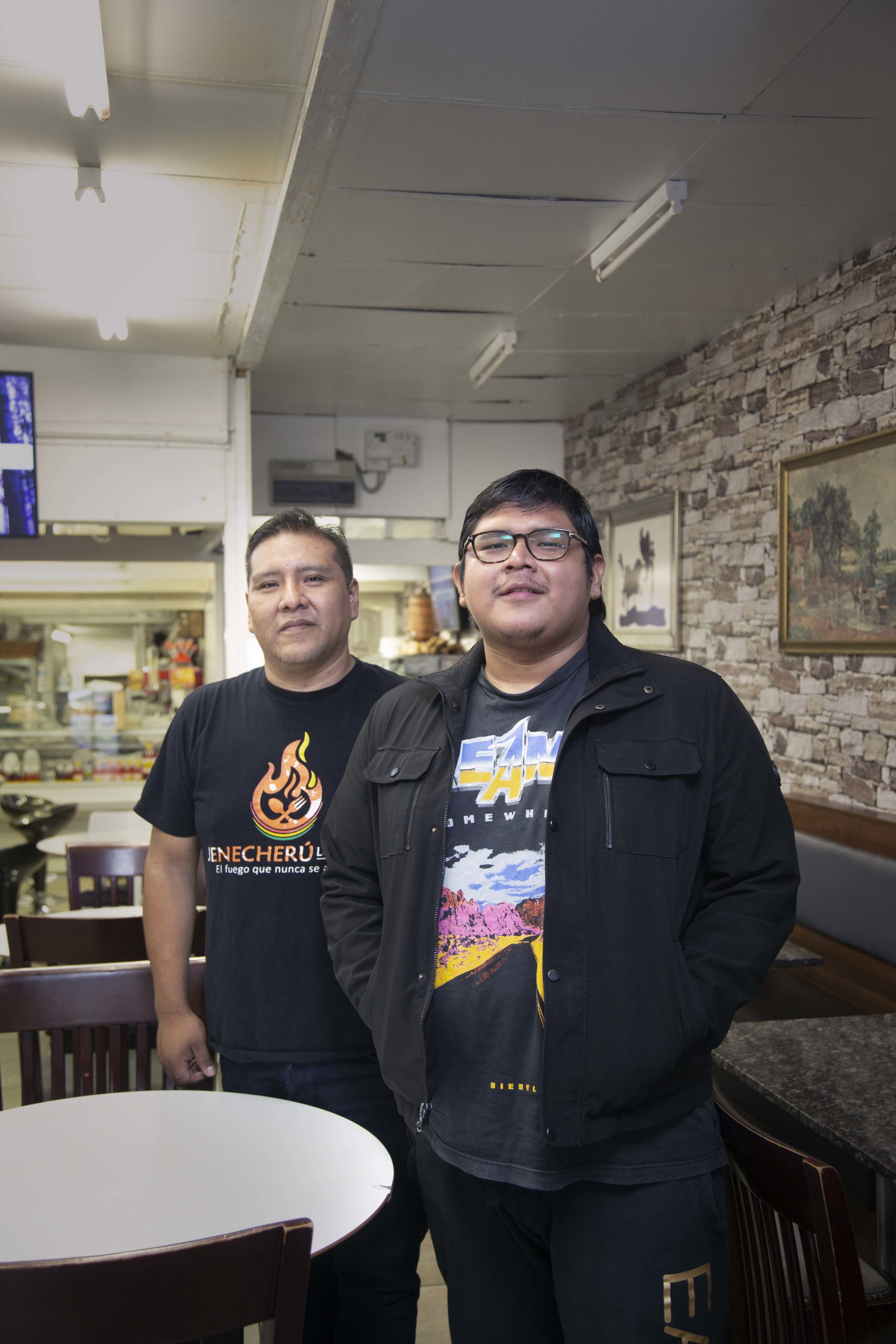 Diego and Gabriel: “Everybody has been upgrading their shops lately...people are thinking in different ways"
About Us
Our Vision