Part of the 1960s Ledbury estate, Jeanette Mason’s home in Pencraig Way is a favourite port of call for her grandchildren.

From the myriad toys, neatly lined-up around the living room walls, it’s clear that five-year-old Darcy and her two-year-old brother, Mason, currently rule this little corner of Old Kent Road.

In the kitchen, Jeanette’s clearing away the kids’ iPads and colouring pens from the table. Having lived on the Ledbury for 39 years – and having chaired the estate’s Tenants and Residents Association for the last eight – Jeanette is getting ready to tell tales of how much Old Kent Road has changed over the decades and why she’s optimistic about the future.

“What’s about to happen isn’t for me; it’s for my grandchildren” says Jeanette. “It’s for  Darcy, Roman, Emily and even my daughter Tammy – who’s in her forties” she adds. Tammy is Jeanette’s only child, while 18 year old Emily is her eldest grandchild.

“We desperately need a clean-up on the Old Kent Road; people used to have pride in their shops and they were constantly cleaning the fronts and the windows. So I’m excited about the changes. When the new developments bring in schools, homes, surgeries and maybe cinemas and leisure too, Old Kent Road will be more of a high street.”

While Jeanette is optimistic about redevelopment she’s also keen to see the history of Old Kent Road preserved. “I don’t want to see the heritage disappear because, once that’s gone, you’re never going to get it back.”

The second youngest of 14 children, Jeanette was born and bred in Forest Hill. After she married she moved to Deptford’s Pepys estate and, in 1981, she and her family moved to Pencraig Way, where she’s lived ever since.

Jeanette says: “We all knew the road when we were kids because we travelled through it on the bus. But you also knew the Old Kent Road because it was on the Monopoly board. It had to have a special history to be on that board. That’s why it should be remembered; it’s the place the Romans built and the road the Pilgrims travelled.”

Jeanette says one aspect of the heritage that’s already been lost is the “colossal number of pubs.” Ticking off a mental list, she names some of those that have closed. The Shard Arms; the Frog & Nightgown; the Duke of Kent; the Free Trader; the Dun Cow and the Grade II-listed Kentish Drovers. The last of these is known for its famous Victorian mural that depicts drovers on horseback taking their cattle to market.

“You can mingle the heritage in with the new. It doesn’t matter what you do behind the brickwork, as long as you keep those fronts the same” says Jeanette.

Jeannette notes that shifting business trends have also altered the character of Old Kent Road over the years – such as the emerging popularity of Turkish cafes. “It’s completely different to the nightlife that we had back then” she says. “It’s a shame that people and communities often keep themselves to themselves. It’s a shame because if you’ve got diversity then you need to keep the community together, not live apart.”

After almost 40 years living next to Ledbury’s four, 13-storey tower blocks, Jeanette is keen for a sense of community to be forged with the new housing set to be built in the new developments.

“I want them to be integrated” she says. “When you get tower blocks, you don’t know your neighbours as well as when you live in a street. Everyone works different hours. We’ve always had shift work but, when you’re in tower blocks, people just go in and shut their doors. And that could happen again. We need to build community as well as homes.”

Jeanette welcomes the prospect of the Bakerloo line extension. One of three, potential new stations will be located nearby, at the old Toys R Us site (now the Lidl supermarket). “We all really want it” she says, adding “hopefully, the extension will take traffic off the road and reduce pollution.”

As she’s talking, Darcy comes into the kitchen and climbs onto her grandmother’s lap.

Jeanette knows it’s Darcy and Roman who stand to benefit most from the regeneration. With this, she makes a plea to people living and working on the road: “Please come and have your say about the development. It’s not just for you but for your children’s future. Our children are the future. We’re just a footprint on this earth. We touch and we go.”

She adds: “If you want the Old Kent Road to work, then keep it together. Don’t just create isolated pockets of community here and there. That’s not going to work. You need to learn from the different cultures and religions of everyone. If we don’t, there will always be the potential for animosity between us.” 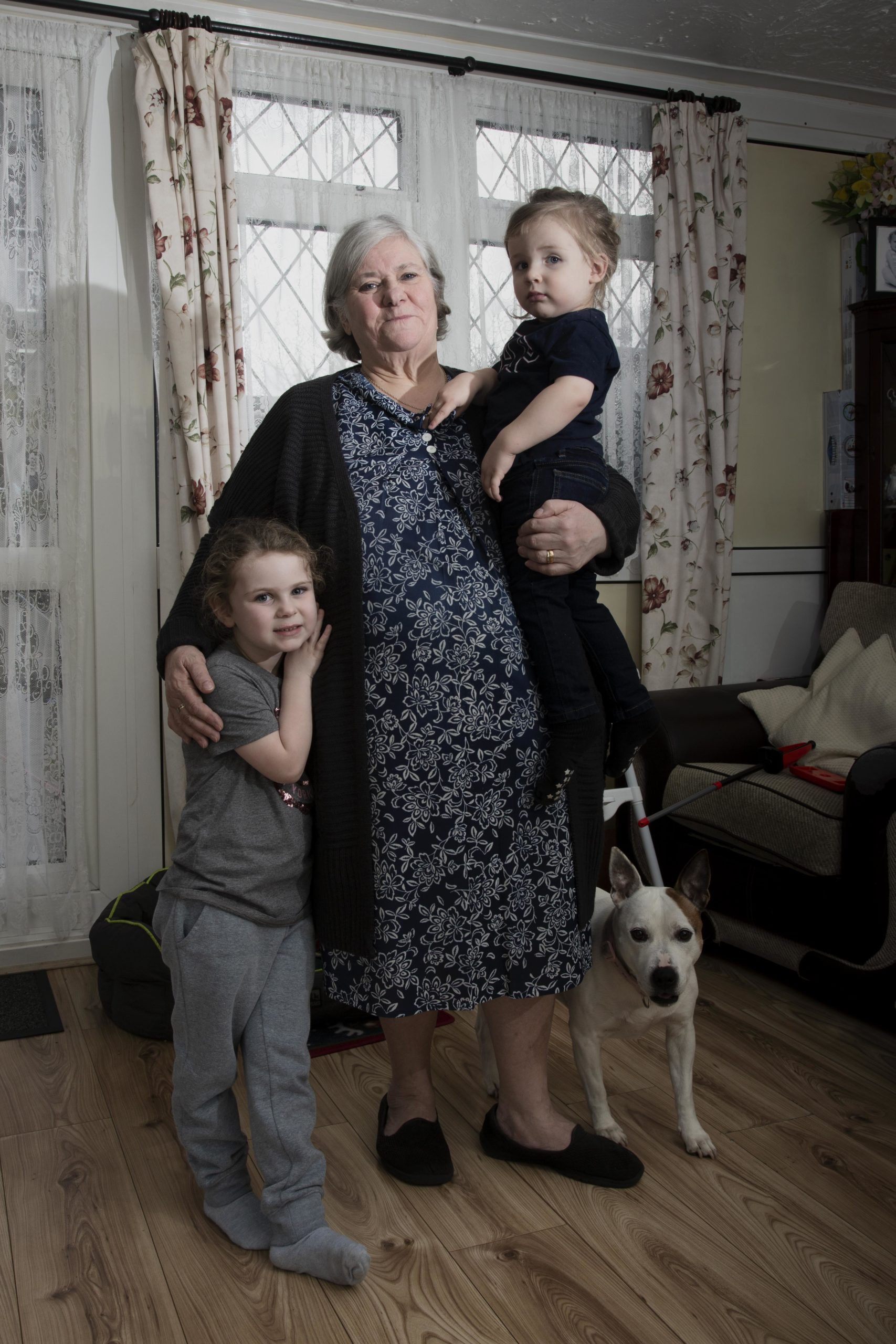 Jeanette Mason, Chair of the Ledbury estate TRA, with grandchildren
About Us
Our Vision

Sign-up for updates
Paul and Jack are father and son and regulars at The Windsor public house: “It was once called Air 11, then The Brethenay and now it's The Windsor again.” According to these regulars this pub has the best pints on Old Kent Road. And it's a dream den for Millwall supporters too.